The Olive Branch is a well-established pub very local to us that gets rave reviews from most of the people we’ve spoken to, but it was only today that we visited for the very first time.

We wanted somewhere a bit more special than our usual venues as we were celebrating Tony’s birthday.

We had planned to visit The King’s Arms at Wing again, as we love their local ingredients, but a note on their website saying it is ‘not suitable for noisy or badly behaved children but charming ones are warmly welcomed’ completely put us off – who’s to say what’s considered noisy, badly behaved or charming?!

The Olive Branch were so welcoming to us as a family, the table had been set with a place for Elliot, too – a high chair, cutlery, placemat and napkin all nicely laid out for him.

We had booked a table, which was inside, though they offered for us to be outside as it was such a lovely day – in hindsight we perhaps should have eaten outside, but the little room just of the bar area was so lovely and relaxing.

I was driving, so restricted myself to a small wine – I chose a Pouilly-Fume La Levee 2014 (Alexandre Bain), that The Olive Branch listed as an ‘Orange Wine’… it was delicious – floral notes yet bold, too.  I’d definitely look out for it again.

Tony had a selection of beers from the bar, including the Nettle Beer – I’m not quite sure how to describe it, but I had a slurp and it was very refreshing!

Food was excellent and there was so much choice… I opted for Duck Salad to start, Roast Cod for main and Mango Cheesecake for dessert and could not fault any of it. 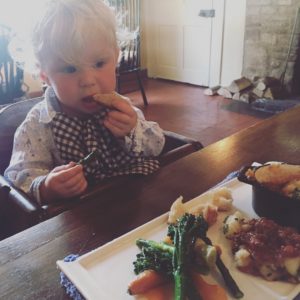 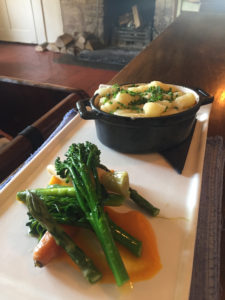 Something that completely bowled us over was Elliot’s Shepherd’s Pie – the children’s menu was great, but until his pie arrived we didn’t realise just how great it would be!  It was huge and beautifully presented with a side of vegetables, he was truly spoilt!  He loved it, and from a sneaky forkful I can see why.

For the three of us it was about £85 – we both had 3 courses, Elliot had his pie, and I think there were 5-6 drinks in total.  We thought was excellent value for the quality of the food and the relaxing atmosphere.

Baltic Cruise Celebrity Cruises Celebrity Silhouette cheesecake cocktails cocktails at home Cocktails with Lisa cruise cruise cocktails cruise port cruise video eating out family gin cocktails P&O Qsine Rutland video
We use cookies on our website to give you the most relevant experience by remembering your preferences and repeat visits. By clicking “Accept All”, you consent to the use of ALL the cookies. However, you may visit "Cookie Settings" to provide a controlled consent.
Cookie SettingsAccept All
Manage consent

This website uses cookies to improve your experience while you navigate through the website. Out of these, the cookies that are categorized as necessary are stored on your browser as they are essential for the working of basic functionalities of the website. We also use third-party cookies that help us analyze and understand how you use this website. These cookies will be stored in your browser only with your consent. You also have the option to opt-out of these cookies. But opting out of some of these cookies may affect your browsing experience.
Necessary Always Enabled
Necessary cookies are absolutely essential for the website to function properly. These cookies ensure basic functionalities and security features of the website, anonymously.
Functional
Functional cookies help to perform certain functionalities like sharing the content of the website on social media platforms, collect feedbacks, and other third-party features.
Performance
Performance cookies are used to understand and analyze the key performance indexes of the website which helps in delivering a better user experience for the visitors.
Analytics
Analytical cookies are used to understand how visitors interact with the website. These cookies help provide information on metrics the number of visitors, bounce rate, traffic source, etc.
Advertisement
Advertisement cookies are used to provide visitors with relevant ads and marketing campaigns. These cookies track visitors across websites and collect information to provide customized ads.
Others
Other uncategorized cookies are those that are being analyzed and have not been classified into a category as yet.
SAVE & ACCEPT